PRL pays a Conservation Levy in lieu of carrying out rehabilitation within its lease areas.  The levy is used to fund the Christmas Island Minesite to Forest Rehabilitation Programme (CIMFR), which was launched in 1989 to rehabilitate high priority areas of the island and protect endemic species. 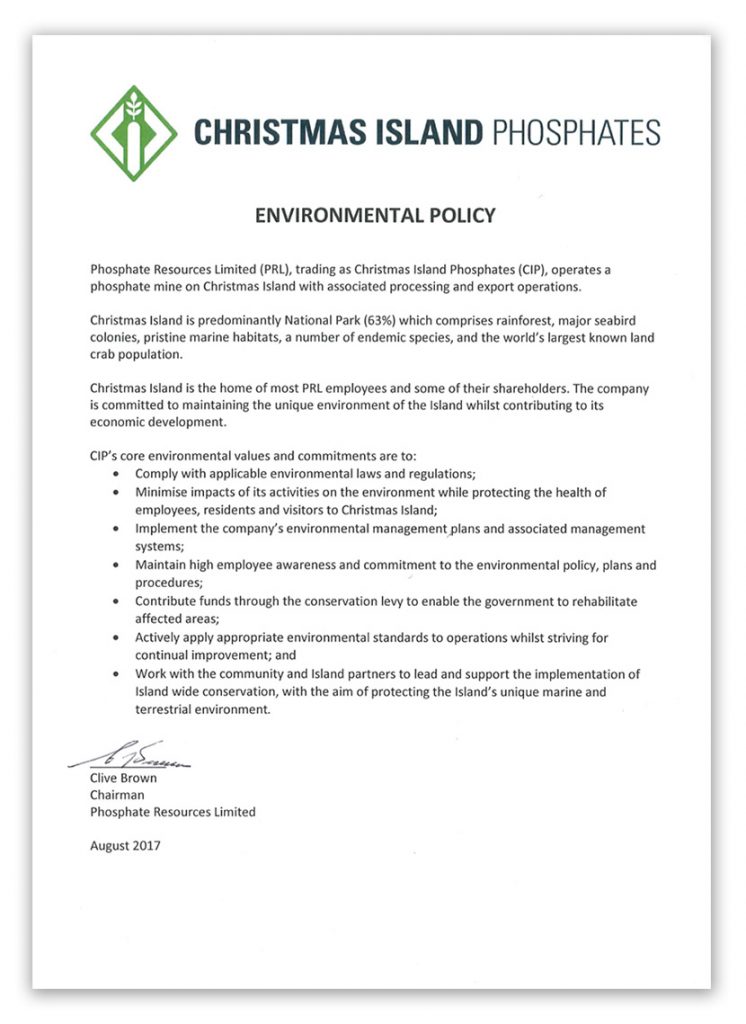