Swinging on a rope 20 metres up in a rainforest tree on Christmas Island isn’t everyones cup of tea, but all in a day’s work for environmental consultants who were on Island in December to evaluate CIP’s nest box trial.

There were some exciting finds but first a bit of background. In 2017, CIP initiated a project to evaluate the potential conservation value of artificial nest-boxes on Christmas Island.  The project is funded by PRL and is coordinated by Perth-based environmental consultants, Range to Reef Environmental (R2R), together with the Christmas Island District High School.

Artificial hollows have been used successfully elsewhere in Australia for many bird species to provide nesting habitat where hollow-bearing trees are limited or lacking, especially to aid recovery of Threatened species. Examples include the re-establishment of the Endangered Norfolk Island Boobook in the Tasman Sea and Carnaby’s Black Cockatoo in Western Australia. CIP initiated a pilot study to assess the use of artificial nesting hollows to supplement habitat in previously disturbed areas.

Our key focus was to determine whether Christmas Island Hawk-owls or other Island species would use artificial hollows, and whether this use was influenced by factors such as location, habitat type, tree height, and nest-box design. The Christmas Island Hawk-owl (Ninox natalis) is Christmas Island’s only owl species, is restricted to the Island, and is one of 11 owls found in Australia. They have a distinctive ‘boo-book’ call and can be often be heard in the evening.

What did we do?

Range to Reef designed the nest-boxes, with input from Parks Australia staff and ornithologists with experience working on the hawk-owl or on nest-box projects. With the assistance and hard work of the Christmas Island District High School students and teachers, 30 nest boxes were constructed as part of their Technology Education curriculum.

The boxes were installed at locations around the Island that have been disturbed through past human activities with variations in trees species used, heights, aspects, and designs to see if this influenced nest-box occupancy.

What did we find?

In December 2019 our consultants visited the Island to check the boxes and see if there was any evidence of use after 2 years. This isn’t a simple task as it requires personnel specially qualified to climb trees. Of the 30 boxes, 29 were in very good condition and had withstood the tropical conditions well, a testament to the wood-working skills of CIDHS students!!

We were excited to find that Golden Bosun birds love the next boxes! At the time of inspection, two boxes were occupied with Bosuns sitting on an egg. In addition, several boxes had evidence of past use by Bosun birds or other species. The White-tailed Tropic bird, or Golden Bosun bird, is an endangered species and a Christmas Island icon. This beautiful seabird is found from the western Pacific to the Caribbean, but Christmas Island is home to a unique subspecies whose gold-tinged feathers have earned its local name.  Golden Bosun birds forage at sea, diving into the water to feed on fish and squid. They breed all year round on Christmas Island, laying their eggs in rock crevices and the hollows of rainforest trees, and now, in CIP nest-boxes!

So, did hawk owls use our boxes? Well, the jury is still out! We did find evidence of past use in some boxes which our consultants believe could have been either Hawk-owl or the Australian Kestrel. Motion-sensing cameras installed on the boxes will hopefully help solve this mystery!

We also found that our boxes provided habitat for geckos with many containing the endangered Christmas Island Giant Gecko.

Ian Francis, the Principal of the Christmas Island District High School, said he was delighted with the project outcomes;

“Our school is actively involved in environmental projects, and as such the nest-box project provided a great opportunity to partner with CIP. We look forward to continuing our involvement and the students will be excited to see what happens next year!” 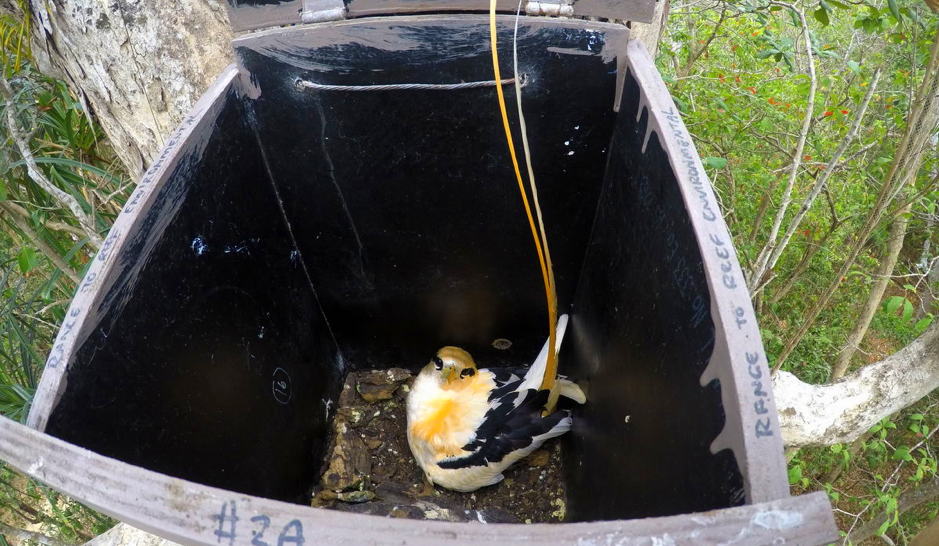 What have we learned and what’s next?

The trial shows that certainly for the Golden Bosun bird, our artificial nest boxes work and this could be a potential strategy for supplementing breeding habitat and potentially providing nesting opportunities that are less vulnerable to feral predators such as cats. Our design and construction appear to be capable of withstanding the tropical conditions on Christmas Island. We still don’t know whether the Christmas Island Hawk-owl will use the boxes, but hopefully we can answer this question with future monitoring. 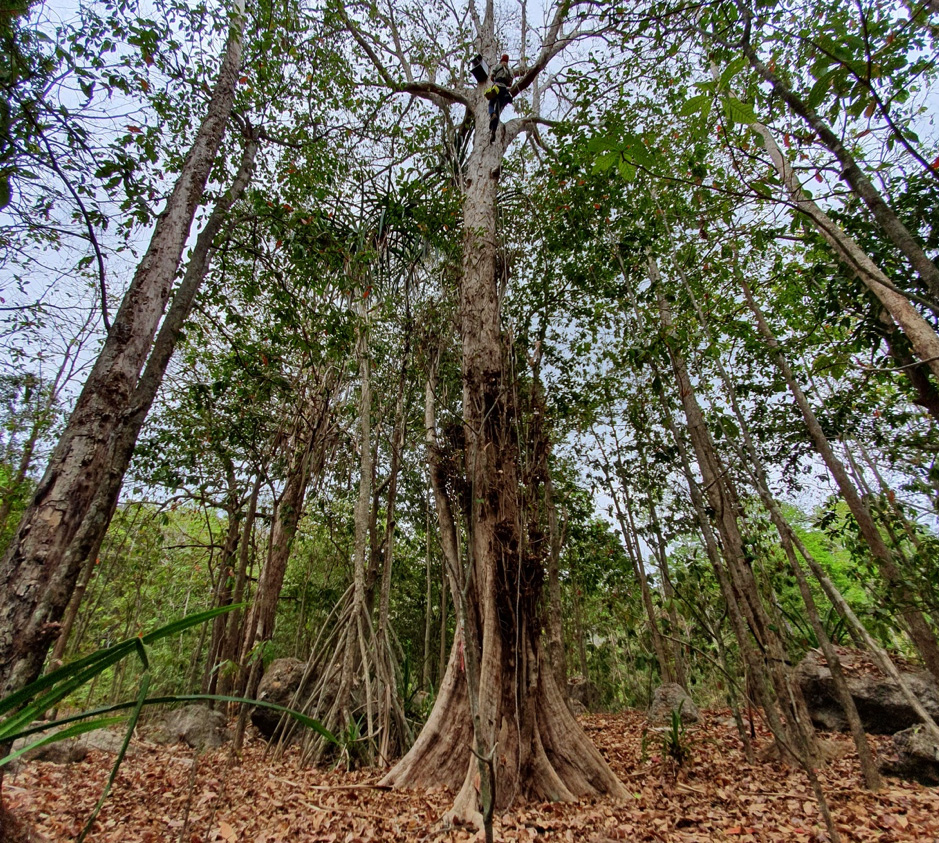